When it comes to the topic of race and equality, the military by large is light years ahead of the rest of society. Though it wasn’t always that way until equal rights became the law of the land, just as same sex marriage became the law of the land recently. The military doesn’t pick and choose what laws to follow, those who serve are sworn to uphold the constitution rather than a particular regime or political party. We take an oath to protect our countrymen and the single document that binds us as a nation and sets us apart from the rest of the world. So, the first hurdle towards equality in the military is crossed because it’s our duty.

But, that’s not the end of the story of what sets the military apart when it comes to equality. Once the military became integrated, soldiers of all races as well as religions, etc, were put in units together where they worked and fought side by side. Their fates interwoven with each other. In combat, it comes down to fighting for the man to your left and right, and they are doing the same. I die, you die; I live, you live….or, I’ll die to ensure you live. People in these situations develop color-blindness. Not on purpose, it just happens. They judge men by their qualities as human beings, good or bad, rather than the color of their skin or their religion. They see each other as human and equal while they share the same struggles and triumphs.

However, like everywhere else in life, there are exceptions. Enter Chuckles the Bear. I met Chuckles, a Specialist in the infantry, after changing duty stations and becoming his squad leader. He was a scrawny white guy who seemed to be pretty normal at first. On what might have been my 3rd or 4th day knowing him, he asked me for a ride home and I obliged. When we arrived at his house, he invited me inside. I didn’t really care to go because I generally dislike being social, but I figured I would pretend to be normal and go in for a minute.

As soon as his door swung open, I was immediately in shock…..

“What the fuck?” I said as I stared at a huge Nazi flag hung on the wall directly over the couch.

“What do you mean?” he replied.

“What the fuck is up with the giant-ass Nazi flag on the wall?” I asked.

“Are you fucking kidding me? You’re standing here telling me that you’re a fucking Nazi like it’s no big deal and I’m supposed to do…what with this information? Exactly? Kick your ass out of the Army would be my first guess.” I told him.

“Oh, you don’t agree with their philosophy? You look really Aryan, you have to have a lot of German in you, don’t you? What about it don’t you like?” he replied.

“First of all, fuck-face, being German or not has nothing to do with being a Nazi fuck. You’re in the US fucking Army, we fought the Nazis in WWII. My grandfathers fought the Nazis in WWII. Nazis go against everything this country and our flag stand for and they are or were a sworn enemy of the United States. Secondly, I am not, nor have I ever been a racist. In fact, my wife is a different race than I am.” I retorted.

“She is? She sounded white when she called on the CQ phone…..” he ignorantly replied again.

“What the fuck does that mean? She sounded white? Dude, we’re going to see the commander tomorrow, that’s all I have to say” I said as I left.

At some point during our discussion, he had disclosed the he actually belonged to a Nazi group. I figured it would be a slam dunk with the commander to get him the hell out of the Army since he was a member of an anti-American group. Plus, my commander was a former Israeli soldier who had fought in the Middle East prior to becoming a US Soldier. No problem.

“What can I do for you, Sergeant?” the commander said as he welcomed me into is office.

“Well, sir, I am here to talk to you about one of my soldiers who apparently identifies with a group that undermines his service and allegiance to the US Army and our country.” I told him prior to then explaining everything that had transpired the day before.

“Well, that’s interesting. What do you want me to do about it?” he asked.

“Shouldn’t he be kicked out, sir?” I replied.

“Did he express interest in killing or hurting anyone?” the commander asked.

“Well, no….but he claims to be a member of an organization responsible for the deaths of millions worldwide and an enemy of the United States…..” I replied again.

“Well, I’m afraid there’s nothing I can do about it so long as he doesn’t cause any disruptions.” the commander replied before dismissing me.

Wow, now what? I will tell you now what; I made his life miserable with the intention of driving him straight out of the Army. And it worked.

First, I had him go get all of his cold weather gear. This unit still used the garbage cold weather gear we all had in Basic Training, basically WWII era, maybe Korea. At first, I wasn’t sure what I was going to do with him. But as soon as he returned and I was looking at the gear, I had a stroke of brilliance. The inside of the gloves and hat were furry. I instructed him to put both on inside out. He complied. 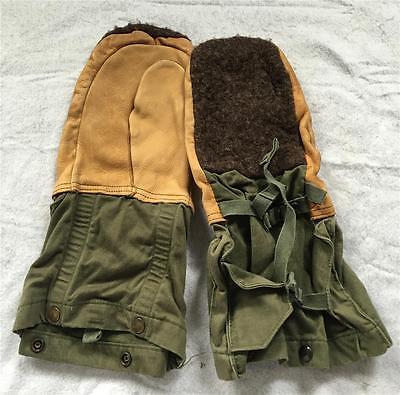 I then grabbed a couple of rubber bands from the CQ desk and formed two furry ears on top of his head and made some other uniform adjustments, including mickey mouse boots and a brown winter sweater to make him as uncomfortable as possible.

“Now, listen to me. Your name is Chuckles the Bear, got it?” I instructed him.

“……Roger that, Sergeant….” he replied in a confused voice.

“Now, go into the quad area and greet everyone who passes. Introduce yourself as Chuckles the Bear and tell them that you love them.” I further instructed him.

“Are you serious?” he asked.

“Did I fucking stutter? Move the fuck out, Chuckles!” I ordered him as he complied.

To my utter delight, after just a few minutes of watching him perform his bear duties as directed, a couple of Rangers happened by as we were literally 150 meters from the 2nd Ranger Battalion HQ. As they approached, they each offered some insults and questions before stopping directly in front of Chuckles. However, Chuckles hesitated and said nothing.

“Introduce yourself, Chuckles!” I shouted from the window at the CQ desk as he looked back at me as though he were about to cry. He then complied.

“What the fuck did you say? Chuckles?” one Ranger replied.

“Tell them you love them!” I further ordered as the Rangers briefly looked over at me before looking directly back at his lost puppy dog face.

“I love y…..” is all he got out as one Ranger snorted and spit the biggest loogie in history on the pant legs of Chuckles.

The next morning, I wrote on the board outside the commander’s office that “Field Marshall Chuckles would like to hold Hanukah services in showers following PT. All Jews and minorities are encouraged to attend.”  I then went and had my usual morning workout session where my weight lifting partners laughed and asked me what it was all about, the bear incident, now the Hanukah services. So, I told the story to my weight lifting buddies; one African American and two of the biggest fucking Samoans I’ve ever seen; We routinely worked up to ~400lbs on the bench press on our max-out days.

To make a long story short, and maybe for legal purposes,  I never saw Chuckles again. He drove off some time in the night (I assume) never to be heard from or seen again. And I do not feel bad about any of it at all. He was a shitty soldier and an even shittier human being. Shocked at a changing Army that demanded equality yet thought a hate mongering Nazi could effectively serve, I did what I felt was best for all concerned. That’s one other great aspect of the military; sometimes we do shit the old fashion way and handle it ourselves.

While I ran into one or two other individuals that stick out that may have been racists during my time in the Army, Chuckles took the cake by far. There’s no room for bullshit like that in the military; a place where the men to your left and right entrust their lives to you and you to them. If you don’t see them as human or equal, you can’t be trusted to be in our “club”.

I’m happy to report that the feelings of many racists were hurt during the writing of this piece on the blog for “Behind the Gun”. While this story won’t be part of the book, it’s a topic I wanted to address. Don’t be a Chuckles the Bear, be a Bravo Charles. That is all. Dismissed.