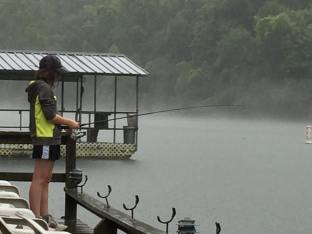 As has become somewhat customary, I am creating a “Warrior Profile” for one of my kids on their birthday again. This time it’s for Larry (Sarah) who turns 11 today.

Every since Sarah was a tiny girl, I have called her “Larry”, something she isn’t always so happy about these days as she heads off into her middle school years. The reason I call her Larry isn’t because she reminds me of a boy or because I wanted to have a boy; I call her Larry because every since becoming a father and having my first girl, I realized there really wasn’t any difference between having a boy and having a girl. And calling her Larry as a tiny little girl with her white-blonde pigtails always made me chuckle. She liked it too until she got to a certain age. 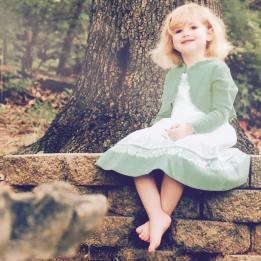 Larry is about as well rounded as human beings come; she is a great athlete, outdoorsman, artist, scientist and all around student. She is tough but also compassionate. She is one of the most thoughtful people I have ever met. Every birthday, Father’s Day, Christmas, Easter….Groundhog Day or any holiday you can think of, she will spend hours making cards for people. Unlike her father, she is a social butterfly who seems to enjoy being around people. She treats everyone she meets like her best friend.

Like everyone else in the family, Larry is an avid fisherman who has landed everything from Trout to Catfish to Bass. During a paid fishing tour, she beat the entire family by catching 25 trout in just four hours! Something her older brother is probably still mad about.

Larry became interested in my hobby of astronomy as well as astrophotography at a very early age, learning to find and photograph stars and planets using a German Equatorial mount and a 4.5″ reflector that I had given her.  In school, Sarah is a straight A student who as a 2nd grader, was selected to represent the district in the St. Louis County Science Fair, which represents roughly the top 1-2% of science students in the entire county (out of 50,000+ eligible students). At the science fair, Sarah won two small scholarships from aerospace companies.

Perhaps Larry’s greatest strength is her Warrior heart. To her friends, she is the most loyal friend anyone could hope for. To anyone who messes with her friends, she is a force to be reckoned with and will not hesitate to do whatever it takes. In school, she is often chosen to show the new kids around for their first few days because she is genuinely kind and helpful. She spends her time running the neighborhood kids with her best friend Aiden as the two of them let their younger siblings tag along, though not always without complaint. 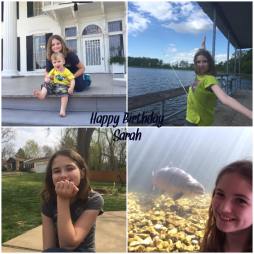 As an athlete, Larry is almost always the fastest, even finishing a 5 K while only a 4th grader. She can throw a baseball better than boys and is good at football and basketball, too. And best of all, she is eager and patient when it comes to teaching others how to play her sport of choice as well. She is a good winner, unless she beats me in a game of horse, then she will rub it in my face and tell the whole world. Not that it’s ever happened. I’m just guessing…..

In her 11 years I have heard her claim that she will be an Army grunt, an astronaut, a scientist, a professional athlete,  a doctor and half a dozen other things I don’t recall. She is ambitious and determined. I have no doubt she can achieve anything she decides.

I always wonder what the future has in store for my kids, it’s just what parents do. Whatever Larry’s future holds, it will be amazing and she will be able to do anything at all she puts her mind to. Hopefully at that time she will consider repaying our kindness as parents for getting her a new iPhone for her birthday… 😀

Happy Birthday, Larry! I love you!